Susie Bell, Marketing Director of Rotorway International met me to an arranged company visit.
After a short welcome the tour started at the showroom.
Presented here is the mockup of the two seated EXEC 162F kit helicopter which is sold worldwide. Stretch Wolter, Vice President introduced me to the unique FADEC, Fully Automated Digital Electronic Control, system in this helicopter category.
The helicopter is powered by a company made water-cooled four cylinder engine. Special features of the engine are the redundant ignition system, fuel injection and several probes for the also redundant control computers. Both computer working parallel while only one is the active. Both processing the values given by the several probes and serving the ignition timing and the fuel injection. If one computer fails the other one will take control automatically.

If so, it will be displayed in the cockpit to inform the pilot. A very clear and easy to understand control unit is on the panel. All the different values, possible errors and the engine working parameters can be obtained. The system also includes a flight data recorder. All engine data from the last four hours are saved for diagnosis in case of a problem even with online help from the company world wide.

The tour then continued with the production hall. A lot of detail improvements were pointed out which have been carried out in the thirty years since the existence of Rotorway.
Rotorway has a large number of computer controlled production machines as well as a quality control department at its disposal. Pleasantly is also that all engine components and electrical equipment components of the kit are tested an run on a testbench before they are delivered to the buyer. All parts turning in pairs are delivered suitably weighted and are subject to narrow tolerances as well as all GFK manufactured parts. Part numbers on all components and a part catalog makes the work considerably easier.
Only the radio equipment, a transponder, color and the necessary tools must be contributed to the delivered kit. To the building plans and the building instructions 8 VHS cassettes with almost 14 hours are enclosed.

Two kits per week are manufactured at the moment. 550 pieces of the model 162 F have been sold up to December 2001. Seven have been delivered to Germany. 20 kit's were ordered by the company Kaluga, Russia in 1998. They shall be utilized there for police, forest, farming, gas and oil industry work. Rotorway helicopters fly around the world in 50 countries. All the various models combined produce sales of almost 2000 helicopters. The rooms of the company are decorated with numerous photos of ready built machines.

Furthermore Rotorway offers a complete pilot training. The absolute pedestrian can make his helicopter license here. A course with 20 flight teaching hours plus theory as well as maintenance introduction costs $4100 (Price from 2001). A type rating covers approximatley five flight teaching hours.
A flight took place after the factory tour with the EXEC. John O'Neill, Rotorway's chief pilot ran through a detailed outer check with me. With the check list we started the engine and checked the systems. We took off with a normal takeoff heading towards the training area at 75 KIAS. Then I got the very sensitive controls. Even practiced pilots should take up the flight training offered by Rotorway for a couple of hours. John demonstrated a autorotation for me with termination to a hover, a quick stop and a max performance takeoff. At 1000 ft field elevation and 40° C outside temperature with an all up weight of approximately 650 kg I saw a rate of climb of almost 800 ft/min. After this we flew back to Stella Air Park and ended the flight with a normal landing.

After almost five hours I said goodbye to Rotorway and my initial skepticism towards "Kit" helicopters. If it should be possible, I will get one myself.

Additional Information:
Some investigations at "The National Transportation Safety Board" showed that no accidents were caused by company technical faults on the EXEC 162 F in the USA.

Mark Evans - A chopper is born 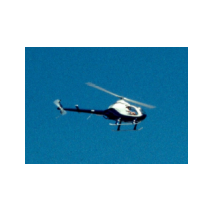 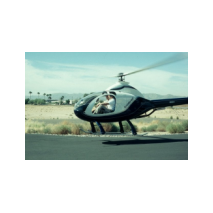 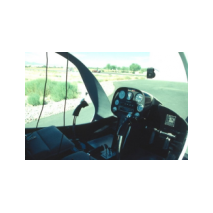 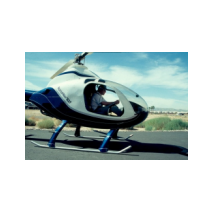 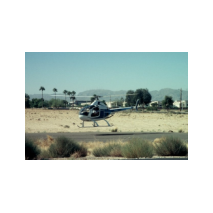 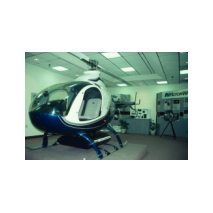 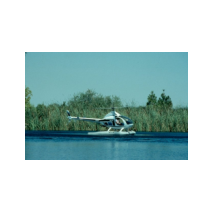 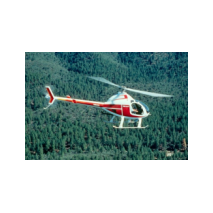